Prices Rose Even Faster In June

Far from moderating, new data from the Bureau of Economic Analysis show that inflation picked up in June. The Personal Consumption Expenditures Price Index (PCEPI), which is the Federal Reserve’s preferred measure of inflation, grew at a continuously compounding annual rate of 6.5 percent from June 2021 to June 2022, up from 6.1 percent in the prior month. Prices have grown at a continuously compounding annual rate of 4.3 percent since the start of the pandemic, which is significantly higher than the Fed’s stated goal of 2 percent. Prices in June were 6.1 percentage points higher than they would have been had the Fed hit its target over the period.

Core PCEPI inflation, which excludes food and energy prices and is thought to be a better indicator of future PCEPI inflation, also picked up. Core PCEPI grew at a continuously compounding annual rate of 4.7 percent over the last year, up from 4.5 percent in May. It has grown 3.5 percent per year since January 2020. In June, core PCEPI was 3.9 percentage points higher than the 2-percent growth path projected from January 2020.

The Federal Reserve has consistently underestimated the extent of the inflation problem. The median Federal Open Market Committee member’s projection of inflation has increased every quarter since June 2020. In June, the median FOMC member projected 5.2 percent inflation for the year, 90 basis points higher than the rate projected in March. Since prices are already outpacing the revised projection, FOMC members will likely revise up their projections again when they meet in September.

After failing to check demand-driven inflation for several months, the Fed has finally changed course. The FOMC raised its federal funds rate target by 50 basis points in May and 75 basis points in both June and July. Fed Chair Jerome Powell has said the FOMC is committed to bringing inflation back down to 2 percent.

The change in policy can be seen in bond markets, which have reduced the amount of inflation priced into Treasuries. In March, expected PCEPI inflation peaked at roughly 3.4 percent per year over the five-year horizon and 2.8 percent over the ten-year horizon. Now, they are around 2.5 and 2.3 percent, respectively. Although expected inflation still exceeds the Fed’s 2-percent target for the near term, it is much lower than it was just a few months ago and appears to remain anchored near 2 percent over the longer term.

Inflation has been too high for too long. Bringing inflation back down should be the Federal Reserve’s top priority. 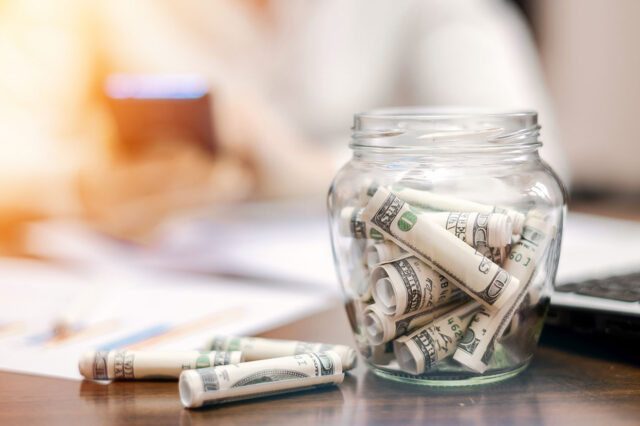 Proponents of free markets often provide excellent economic arguments, but what about the...

Match Group is down 20% after announcing second-quarter financials

Match Group (NASDAQ: MTCH) stock dropped 20% after recording a second-quarter EPS of 11c, which is...

iRobot shares rise 20% after announcing an acquisition agreement with Amazon

iRobot (NASDAQ: IRBT) stock increased 20% after announcing it had executed a definitive merger...

Reprinted from Inside Sources Even as Europe has been dealing with its hottest summer on...

ZoomInfo Technologise (NASDAQ: ZI) up 15% after the leading software company recorded a...

Enter Your Information Below To Receive Free Trading Ideas, Latest News, And Articles.
Your information is secure and your privacy is protected. By opting in you agree to receive emails from us. Remember that you can opt-out any time, we hate spam too!